The Band 20 Days Dull exists for more than 15 years and is still going. The 3 have found their love to music already in young ages and have always kept improving their abilities and horizon. Influenced by Rock and Punk Rock the idea of a band was born. The founder and singer (Marco) was from the moment of starting the band - and still is - like the glue that keeps everything together, preserving the dream, whilst fighting to achieve a place in the music environment was always part of his everyday striving and struggling to get his message out to the world. Throughout all these years he never gave up - no matter what happened.

2008 - The decision was made. An album should be recorded. With lots of love for the details and a nonetheless grand amount of madness the plan succeeded. After a lot of sweat, big hassles and some nearly nervous breakdowns the album was finished at the start of 2014. Somehow you could say the album reflects those last 15 years of band history. You can hear and feel the musical influences of all those involved in the process, as well as all those special moments that went into the long production of this CD. As of the content this album deals with morality, and those little things between humans every day that finally matter so much. If you listen closely the album has to tell a lot. It is not political. It runs deeper and asks, why humans are more and more losing those old values as respect, empathy and helpfulness, which we learned as children.

The band had to undergo some changes in all these years. Some left, others joined and carried over those ideals and music the band presents. Marco the dyed-in-the-wool band leader now has found in Mike and Jens such musically nerdy members as himself. The new album is in progress which will have as well somme of this nostalgic moments and feelings as it will have a much more positive vibe with lots of new musical aspects adopted by the band over the years. What remains is the love for the small details and the undaunted will to continueo walking on a not so easy way.

"A band is always the sum of all the musical influences, provided by each of its members" 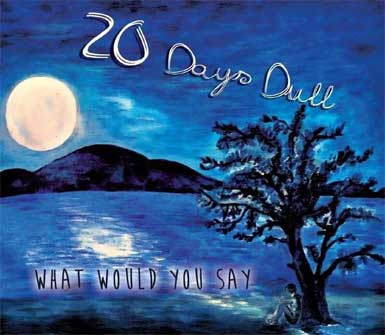